Teen country pop star Abi Ann is on tour now to promote her latest album “Daydreaming”! Abi Ann was voted the winner of Best New Teen Artist of The Year 2013 (across all genres) and Best New Teen Country Artist of 2013 awards. Her next show is on December 8, 2013 for Winter Lights 2013 at the Beyond the Stars Palace in Glendale, CA. You can get event details and tickets here.

Abi’s recently released music video for “Daydreaming” is nearing 56,000 views on YouTube, and there is no question why. In the video, Abi shows songwriting qualities very reminiscent of early Taylor Swift and Katy Perry while still showcasing her own original twist. The video follows Abi Ann on her journey to find love. Her new fun hit single “DayDreaming” will get everyone to sing along!

If you need help promoting your music video, look no further!  Hip Video’s many years in the business have earned them close relationships with the video programmers at the national outlets (MTV, VH1, Much Music, Music Choice, Havoc TV, Video-on-Demand, etc.), which is exactly what you need to get your videos aired there.  This arena is not something to try to do yourself…leave the music video marketing to the pros!

Hip Video has specialized in music video promotion for over 13 years.  They’ve worked with an impressive roster of clients including The Lumineers, Bon Iver, Motley Crue, Johnny Cash, and many more.  The question isn’t who have they worked with, it’s really who haven’t they worked with!  You can see their list of clients here.  While their roster includes well-known acts, Hip Video is also dedicated to working with independent artists and labels.

Successful music video campaigns require massive attention to detail (correct labeling, closed captioning, submission forms, digital delivery, DMDS, etc.) plus relationships with the Programmers.  Hip Video does all necessary homework, writes a professional and compelling one sheet to accompany the campaign, and actively and enthusiastically pitches the artist and video to their long-standing relationships all throughout the music video programming community.  To see what Hip Video can do for you, check out their list of services here.
Posted by Taylor Spears Recommends at 1:32 PM No comments: 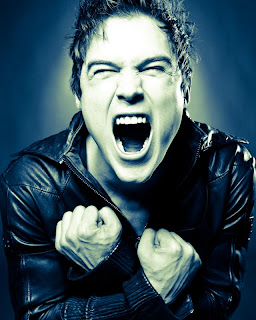 Rock artist and platinum singer/songwriter Eric Dill has solidly stayed in the Top 50 on the Media Base Charts and his single “In My Head” has gotten some serious music video airplay time with a new total of eighteen adds to date! These platforms includes top video programmers, including multi-market (VidDream & H2o Television, together reaching 4.5 million potential viewers in multiple states), regional (Regional Video Limited, which reaches 188,290 households in CA), retail pool/content provider (ClubCom Network, PlayNetwork & Mood!!) and internet (VideoDetective.com & RnR TV Online) programming.  Along with this impressive list “In My Head” video was accepted at MTV for programming on one or more of their many programming platforms.

With this acclaimed success, Eric Dill, a native to , will be rocking throughout the city this spring!  Dill has a number of concerts lined up in the coming months, including a show at Sam Ash Indianapolis.  To find out about all of Eric’s upcoming scheduled concerts, visit him on Facebook here.

Listen and download some of his other great songs and album, “Forever Is Not Enough,” on iTunes here. You can also connect with Eric on Facebook here.

Posted by Taylor Spears Recommends at 3:19 PM No comments:

The Indianapolis native Rock Artist is also on tour now performing with a full band. With shows spanning all over his home city, fans who aren’t local will be able to see him perform on an online concert that’s being put out worldwide here! Check out Dill’s tour dates on his Facebook here.

Listen to some of his other great songs and album on iTunes here.
Posted by Taylor Spears Recommends at 5:43 PM No comments:

The native Rock Artist is also on tour now performing with a full band. With shows spanning all over his home city, fans who aren't local will be able to see him perform on an online concert that’s being put out worldwide here! Check out Dill’s tour dates on his Facebook here.

Listen to some of his other great songs and album on iTunes here.
Posted by Taylor Spears Recommends at 4:57 PM No comments: