Want to Stretch Your Spotify Budget for Your New Music, Then Let SpotifyPromotions.net Promote Your Songs

Spotify adds about 40,000 tracks EACH DAY.  Web ‘n Retail can help you get your track to stand out.  At SpotifyPromotions.net we have multiple strategies that we’ve implemented to increase your streaming numbers and presence on Spotify which converts to an increase in royalties paid to YOU!

Web ‘n Retail has developed what we believe is the most comprehensive playlist pitching campaign available at www.SpotifyPromotions.net    This service will get your track on REAL playlists with REAL listeners and provide longevity (keeps your numbers growing instead of a spike then a drop). That means more cash in your pocket and more people are exposed to your albums or singles!


Wouldn’t you like to see these kinds of increases like our other Indie Artists have seen using our Spotify Campaigns?
- - 1,470,000% in Streams (at:

Posted by Taylor Spears Recommends at 1:04 PM No comments:

Alternative rock band Saint Sebastian, is proud to premiere our newest Music Video, “Down” on YouTube. “Down” has influences from Snow Patrol, the Killers, and Gin Blossoms with its upbeat, somber/gothic melody, and catchy, deep hooks. We wrote this song to personify the agonizing relationship of dealing with Fibromyalgia, an auto-immune disease. The severe pain caused from the disease leaves no visible scars, which makes it hard for people to recognize that the “-body’s screaming, but no-one hears a sound”.

The YouTube music video gives a theatrical, gothic in nature performance. Down’s tension-building cinematography follows the energy of the song, eventually building to the Call-to-Action to not “-Let the Bastards Grind you Down”!  The video was voted "BEST MUSIC VIDEO", an award from the Oregon Independent Film Festival (2017) and the Mediterranean Film Festival (2016) and the OFFICIAL SELECTION of over 13 other film festivals worldwide!

“Down” was released on the EP “Melancholy Breakdown”. You can find the video here
on YouTube, and you can find listen to the song and the rest of the record here.

For more information on our band and projects, go to www.SaintSebastianBand.com

Posted by Taylor Spears Recommends at 3:11 PM No comments:

Since 1964 Chicago’s IDES OF MARCH have thrilled audiences throughout the United States and Canada with their mix of rocking guitars, brilliant brass, and heartfelt vocals.

Powered by the unforgettable songs of Grammy-Winner Jim Peterik, their music has become an evergreen feature on radio stations everywhere, in movie soundtracks, and national advertising campaigns. Their live shows are legendary for their energy and sheer enjoyment.

Defying the odds, the four original members — Jim Peterik, Guitar; Larry Millas, Guitar; Bob Bergland, Bass; and Mike Borch, Drums — have remained together, weaving their way through the shifts in popular music, and always rising to action in creating a show that remains at the peak of entertainment. The original members are now joined by Scott May, Keyboards; Tim Bales, Trumpet; Henry Salgado, Trombone; and Steve Eisen, Saxophone.

Need a Spotify campaign to increase your numbers? Then let Web ‘n Retail help you get the exposure and recognition you deserve!
You can also find us at:
https://www.musicmarketingbywebnretail.com/webnretailspotifycampaigns

Posted by Taylor Spears Recommends at 2:24 PM No comments:

The LA singer-songwriter has released 5 solo albums and 2 albums with the electronic duo Lovers & Poets (with her husband Ben Eisen).

Need a Spotify campaign to increase your numbers? Then let Web ‘n Retail help you get the exposure and recognition you deserve!

You can also find us at:
https://www.musicmarketingbywebnretail.com/webnretailspotifycampaigns

One of her biggest inspiration is drawn from Etta James. Sabrina’s vocals are very reminiscent to legendary Jazz singer’s and played a key role to inspire Sabrina’s creation of her new released album as well as the new music video on YouTube she has released for “Goodie Two Shoes”. Thou Art That has tones of Blues, Jazz, Soul, and more that can be described best by the artist herself, “It’s a Blues, Rock, Jazz, Funk, Soul kinda thing…”.

She also actively engages with different radios and podcast for fans to get a glimpse into her life. Her passion for music extends to her passion for sharing her life and ideas through different platforms which revolves mostly around music. To get a better idea of who she is, check out her recent interview with Rich Girl Networks.

Sayed Sabrina is also giving the fans a treat with the opportunity to buy tickets for her private listening party in celebration of her new album drop at the Canyon Club in Agoura Hills. Tickets are on sale at https://tinyurl.com/y2yuldoa.
You can find “Thou Art That” on Spotify. For updates and all things Sayed Sabrina, check her out on her website.

Posted by Taylor Spears Recommends at 3:11 PM No comments: 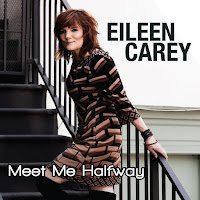 Carey, a very accomplished country artist that has won many awards such as, “Los Angeles Music Awards 2017 Live Country Music Performer”, “2016 Female Country Artist”, and “2018 New Music Weekly Country Breakthrough Artist of the Year”, recently listed Martina McBride as an inspiration for her recent release of “Meet Me Halfway”. The strong singer-songwriter to “Independence Day” has not only given Carey the motivation for her new and wonderful track “Meet Me Halfway” but also gave Carey to motivation to make music in the first place.

Her most recent single, “Meet Me Halfway” has already gotten international recognition as it climbs the UK HotDisc Top40 charts and AC/Hot AC charts. Her music video for “Meet Me Halfway” is also gaining momentum as she keeps climbing the charts with her song. Her talent to not only sing but also perform is perfectly showcased in her music videos. In addition, the visuals and aesthetics of the video truly bring the performance alive. A well-produced project that is both contemporary but also grasps the nostalgic sound of traditional Country Rock. Truly a must-see video!

Posted by Taylor Spears Recommends at 5:17 PM No comments:

YouTube music video, “Since I Started Loving You”, by McMains is gaining momentum with styles of rock, country, and piano that reminds fans of Eric Church mixed with sounds of Michael Buble.

This soothing song complements the creativity of the video production making this video not just a beautiful story but also an amazing overall experience to behold. As we listen to McMains serenade on his beautiful grand piano, we are seamlessly taken into a wonderful love story fitting together perfectly with the passionate lyrics of a true poet. An easy-listening song, from the lyrics to the tempo of the piano allowing for an amazing enjoyable listening experience. A truly relaxing song that leaves us feeling content with what we’ve heard and more impressed with what we’ve seen.

You can also download or stream on Spotify, Amazon, and/or AppleMusic. For additional information such as tour dates and merchandise, check out www.MickMcMains.com.

Posted by Taylor Spears Recommends at 2:38 PM No comments: